Taxpayers who owe the Internal Revenue Service (IRS) know that their total balance owed includes tax, penalties, and interest. As many creditors do, the IRS charges penalties and interest on funds owed to them past the “due date.” To the government, taxes are always due on or before the original filing deadline, without extensions. For example, in a normal year (without a pandemic), April 15th is the due date for filing returns and paying the taxes due on Form 1040 (Individual Income Tax Return).

Many taxpayers use the option the IRS offers to request an automatic extension of extra time to file tax returns. This gives until October 15th of the same year to file the current return that’s due. Unfortunately, this is only an extension of time to file, not to pay the tax. While the IRS states that taxpayers need to pay the amount they will owe on that year’s return with their extension requests, many people find that this isn’t possible.

It’s important to know that the IRS charges Failure to Pay penalties for any tax that hasn’t been paid in full by the original due date. The farther past due the tax is, the higher the penalty is. Since our tax system works on “pay-as-you-earn” system, the IRS always assumes that if a person has earned money, they have the ability to pay the tax owed on that income. Penalties are also charged for tax returns filed after the due date (including extensions granted by any timely filed requests).

One of the most common reasons people don’t remit payments with their extensions, aside from not knowing that they need to, is lack of funds. Fortunately, penalty relief is available for those who can establish that they had valid reasons for not paying the tax when it was due and/or filing their return(s) on time, in the form of a Penalty Abatement (abbreviated “PA”).

When the IRS decides whether to abate penalties from a taxpayer’s account, “reasonable cause” is always considered. IRS reasonable cause criteria, used to evaluate each taxpayer’s request, include but are not limited to:

When a taxpayer or tax professional prepares a written PA, they should use as many of the reasonable causes as apply to the taxpayer. They should also include as much documentation as is available to support the events they described. For example, if a medical situation is listed as a reason the taxpayer filed late or couldn’t pay the balance due on time, provide copies of medical records that clearly show the timeframe that the taxpayer was out of commission, or the out-of-pocket cost of the necessary medical care that they paid at the time instead of paying their taxes.

During review, IRS looks at how the qualifying event(s) directly affected the taxpayer during the tax year in which the income was earned and/or around the time that the tax return was due. They also consider whether the taxpayer has since fixed the problems that led to them owing and/or filing returns late. If they decide that an excessive period of time passed between the qualifying event and the time that the issue was addressed (return filed or tax paid), they may still deny the request. 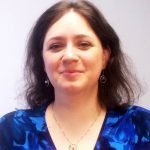